The American Doctor at Chernobyl: Dr. Robert Gale, Part I 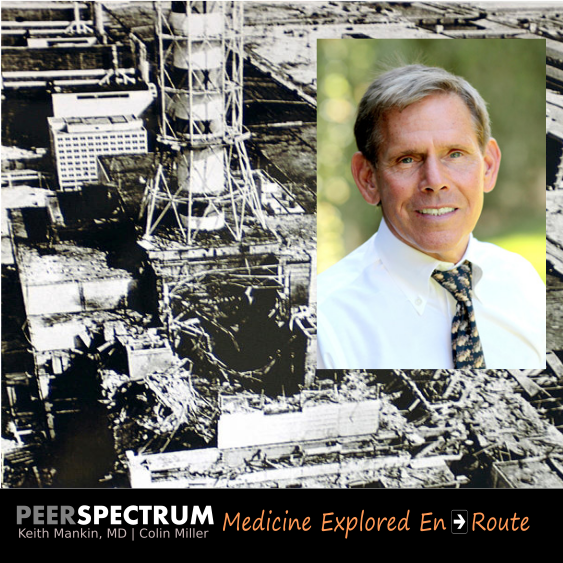 “Progress is often made by those who investigate the boundaries of several areas, instead of having laser-like focus on a single discipline. That’s where many of the answers in science reside.”
— Robert Peter Gale, MD, PhD

We’ve had some pretty unique people on this program but perhaps today’s guest is more unique than most. Dr. Robert Gale is an academic physician who’s spent his career researching and treating patients with Leukemia and other bone marrow disorders. He’s published over 800 research articles and books, he’s an international expert on nuclear disaster response, and get this…he’s even written for, and appeared in several Hollywood movies. Oh, he’s also the shared recipient of an Emmy award for his work in a, “60 Minutes” piece.

As you heard in the opening news clip, Dr. Gale rose to international prominence after being the first American physician invited by the Soviet Union to treat patients suffering from acute radiation trauma after Chernobyl. It’s where our journey begins on this special two part episode. With that said, let’s get started.

This site uses Akismet to reduce spam. Learn how your comment data is processed.